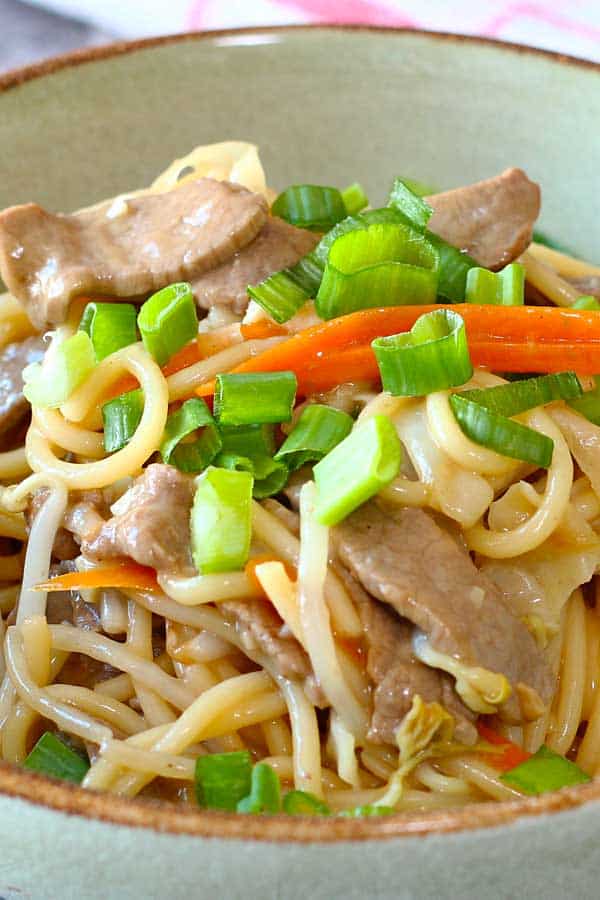 Chinese food and us

We live in a small town in Spain (am not complaining, I love the tranquility of it) and there’s no Chinese food restaurants or take aways that we love. On one hand, I really envy people who live in the big cities where you can find everything, everywhere 😀

Well anyway, since we’re here..we make our own Chinese food!

Before going any further, I want to say that in this recipe I didn’t use the Chinese noodles. Why? Because it’s nowhere to be found when I wanted to make this recipe. So I changed it to thin spaghetti and boiled it a few minutes longer than the instructions say.

This is because I want the noodles to be softer, similar to the Chinese noodles, instead of al dente, how it’s typically cooked. After I drained the spaghetti, I ran it under cold water. Then I drizzle some sesame oil and mix it with the drained spaghetti.

I added some oil because I didn’t want the spaghetti to stick to each other.

You would think that using thin spaghetti will bring the dish..one level down, right? Well no, not at all. At least for me personally. I really think that if you can’t find something, try to substitute it instead of not making it at all. 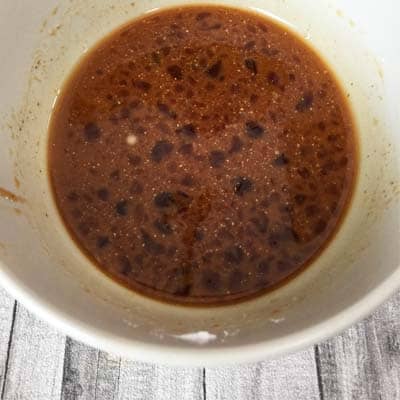 I used Kikkoman soy sauce. That soy sauce can never be out of stock in my house. I would freak out! I love the taste of it and I use it in almost all of my Asian dishes. Back then I used the soy sauce that our Lidl supermarket brings now and then but once I tried Kikkoman, I never looked back.

You can check my favourite Asian ingredients to cook with in my Amazon list.

I didn’t use any salt or any other condiments for this recipe. I just used the sauce. I feel the sauce has all the wonderful flavours that the dish needs. 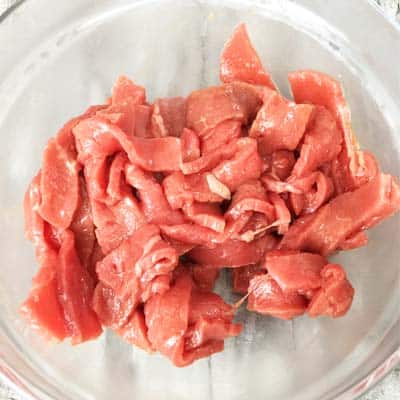 I also used the sauce to kind of marinate the meat.

Well about the meat. First I sliced it thinly and into strips of more or less 2 inches length. This way it will be nice to eat with the noodles and veggies. You don’t want huge chunks of meat in this dish.

Anyway, I placed the meat in a bowl. Then I took 1 tablespoon of the sauce and added it to the meat. I mixed everything and set aside until I needed it. Meanwhile the sauce will give flavours to the meat.

It took less than 10 minutes actually to cook this dish. I used medium heat fire and everything cooked very fast. Well, that’s how stir-fry should be, right? 😀 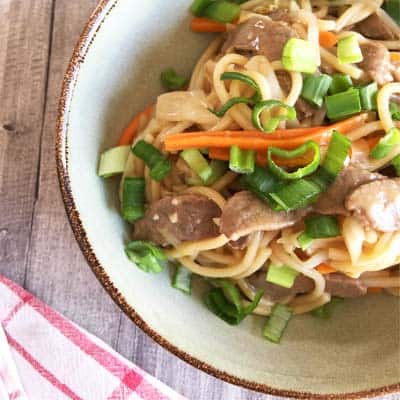 For that reason also, I like to prepare all of my ingredients before I start cooking. That includes slicing, cutting, measuring whatever I needed. This way when I’m cooking I won’t get panic realising something is missing or not sliced etc.

I started by cooking my onion until it got golden brown around the edges. Then I added my garlic. I didn’t add them together with the onion because I didn’t want them to burn while the onion was still not ready. They do tend to burn easily.

After that I added my meat. I cooked the meat until they were half cooked only. This is because I want them to continue cooking together with the veggies.

When the veggies were a bit soft, then I added the spagthetti and the sauce. I gave it a quick stir and added some water to loosen everything up. Another few quick stirs and then I added my bean sprouts.

I continued cooking for another 30 seconds because I didn’t want the bean sprouts to get too soft. They’re amazing all crunchy like that.

Well then basically the dish was done. Heat off and some chopped spring onion on top and my Chow mein noodles was ready.

I’ve tried using bonesless chicken thighs and prawns for this recipe and they were as delicious! A fast homemade take-away, you might say 😀

PS: If you love sesame oil, go ahead and put more! 🙂

Watch how to make chow mein noodles in the video below: 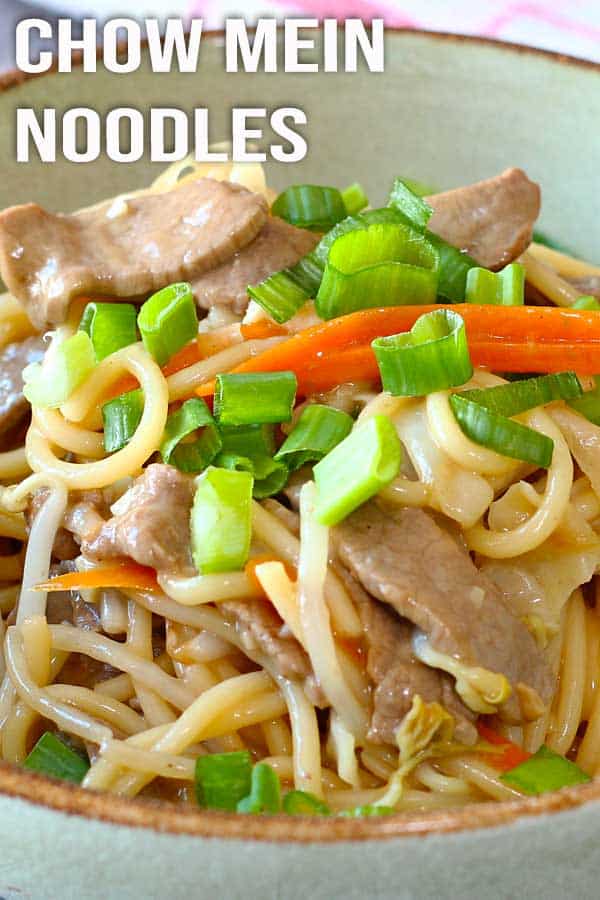 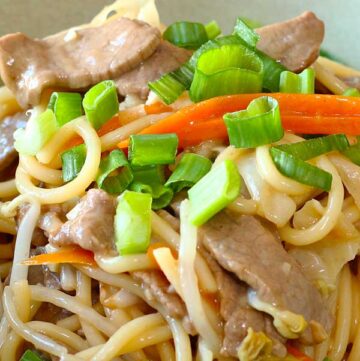 My version of Chinese chow mein noodles or stir fry noodles. I prepared my own chow mein sauce that I used in this recipe, it was so simple!
Print Pin Rate
Cuisine: Asian, Chinese
Servings: 4 people
Prep Time: 10 minutes
Cook Time: 10 minutes

Switch the beef with chicken or prawns, they're as delicious!
Tried this recipe?Mention @elmundoeats and tag #elmundoeats!
Previous Post: « Stuffed Pizza Bites
Next Post: Rainbow Cake for Malaysia Independence Day! »