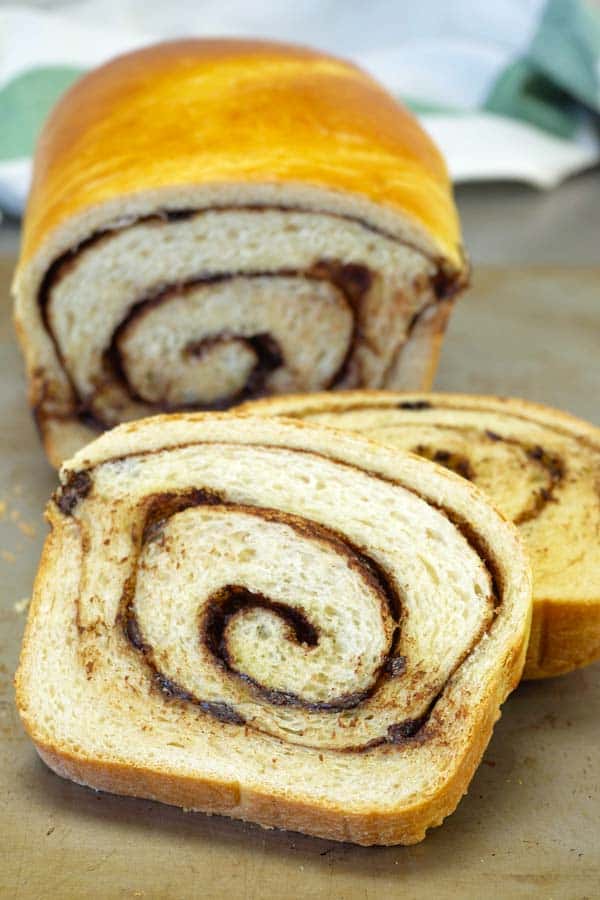 Super soft fluffy bread with sweet buttery cinnamon and gooey chocolate. The smell of this delish beauty baking away in the kitchen.

Sounds good to you?

Well it sounds amazing to me, if I may say so 😉

This is what this cinnamon chocolate chip rolled bread is all about.

How To Get Soft And Fluffy Bread

Yes, this bread is soft and fluffy. You can see the texture and straightaway know that. 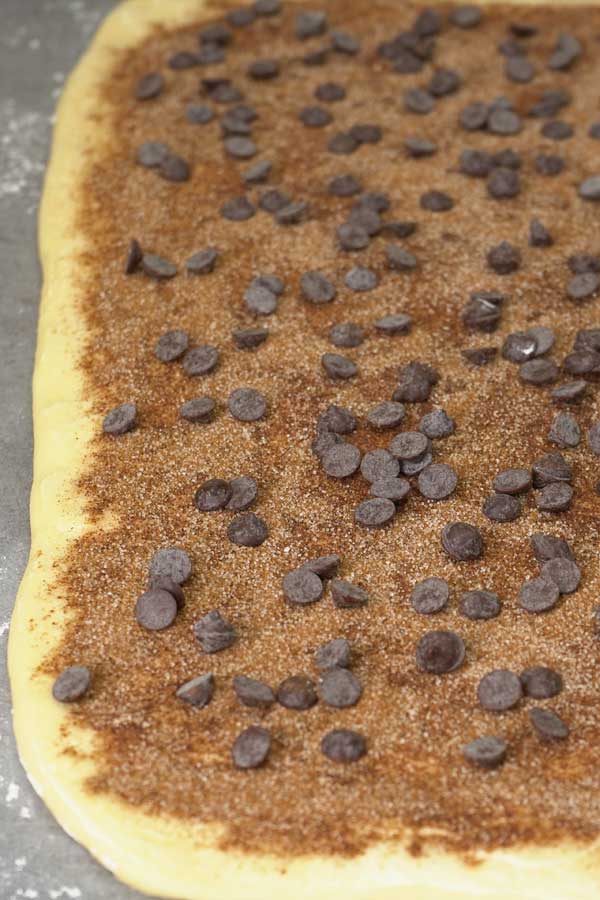 And it's all in the combination of the ingredients. Nothing fancy, so don't worry about it.

Just egg, butter, honey and another special ingredient that I find myself loving to use is powdered milk.

It acts as a tenderiser by interfering with gluten development. 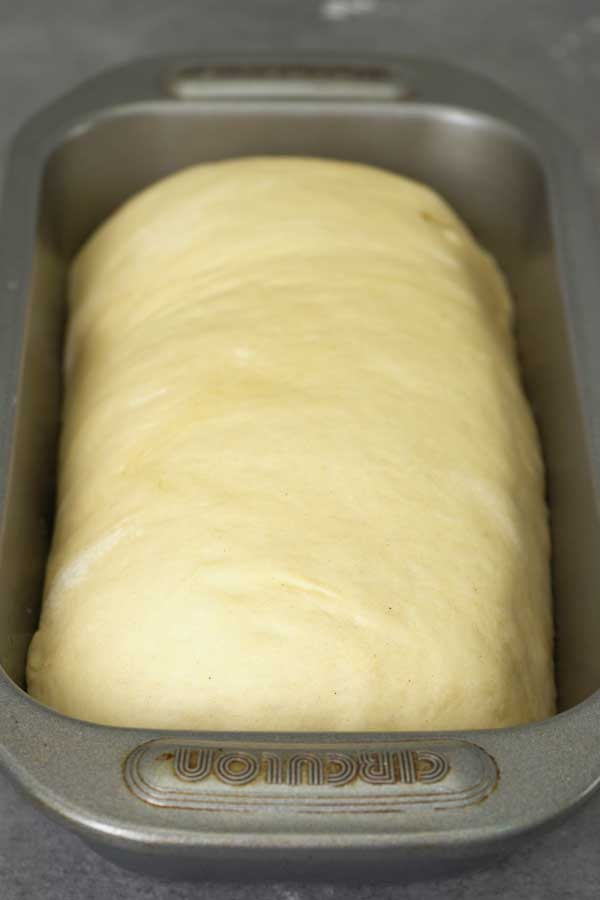 I know not many of us keep powdered milk in our house since fresh milk is more common in our daily consumption. In fact, for me I only buy powdered milk to make breads.

Have you heard of Spanish Antequera bread? A typical breakfast bread here in Andalusia, Spain. It's soft and delish!

My husband has it for his breakfast every morning. Sliced and toasted and then with some drizzle of olive oil on top, slices of fresh tomato and a sprinkle of salt. He goes crazy over that 😀 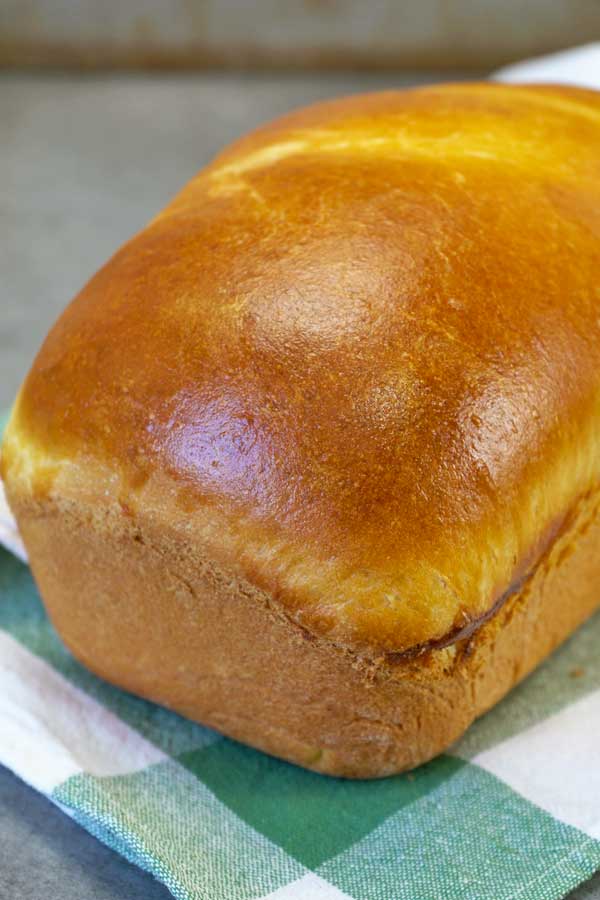 Anyway. As I was saying, I buy powdered milk for the purpose of making bread.

Though it's not compulsory but it enhances the dough and makes the bread softer. It adds flavour also.

Regardless if a bread is a sweet or savoury bread, the dough always needs a bit of sugar for the flavour.

Having said that, the amount depends on if you're taking it to a sweet or savoury bread.

Honey helps extend the shelf life of a bread. And guess what? It also helps in making the bread softer and more moist.

Besides it's always good if whenever we can, we choose honey over sugar. Don't you agree? 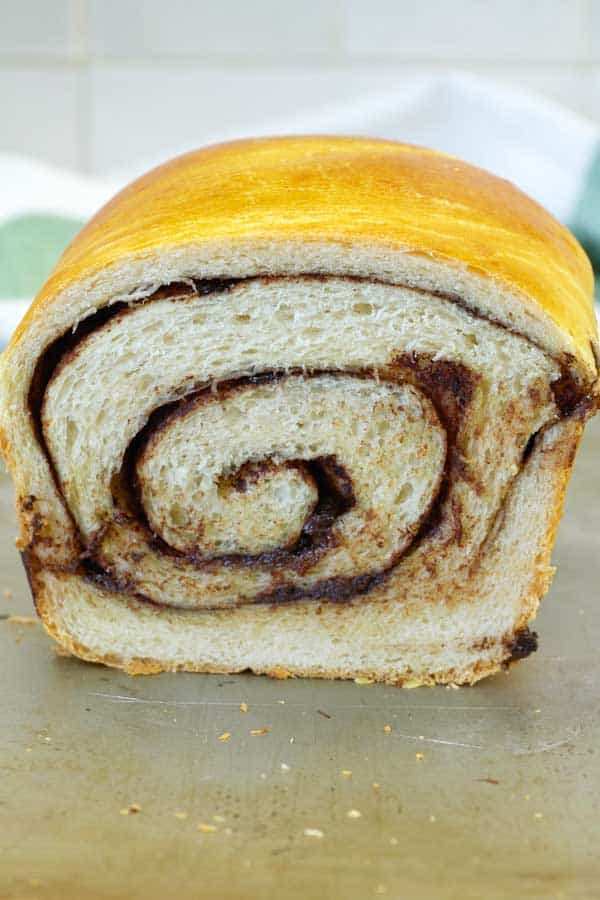 So there you go. My go to ingredients to make my breads soft and fluffy.

I'm using lots of cinnamon for the filling. I simply love cinnamon in baked sweets.

Being an Asian, I grew up understanding that cinnamon is always used in savoury dishes like curries and rendangs.

Talking about those, you might want to check out my beef rendang.

Anyway, so for me cinnamon is always associated with savoury.

Until I married a man with a sweet tooth. Haha!

From then on, I started to learn that there's more to cinnamon than savoury dishes. And I'm thankful for that.

You can basically do whatever filling that you like. It's your bread 🙂

Put nuts, raisins, cranberries..create your own filling if you want to.


Watch how to make cinnamon chocolate chip rolled bread in the video below: 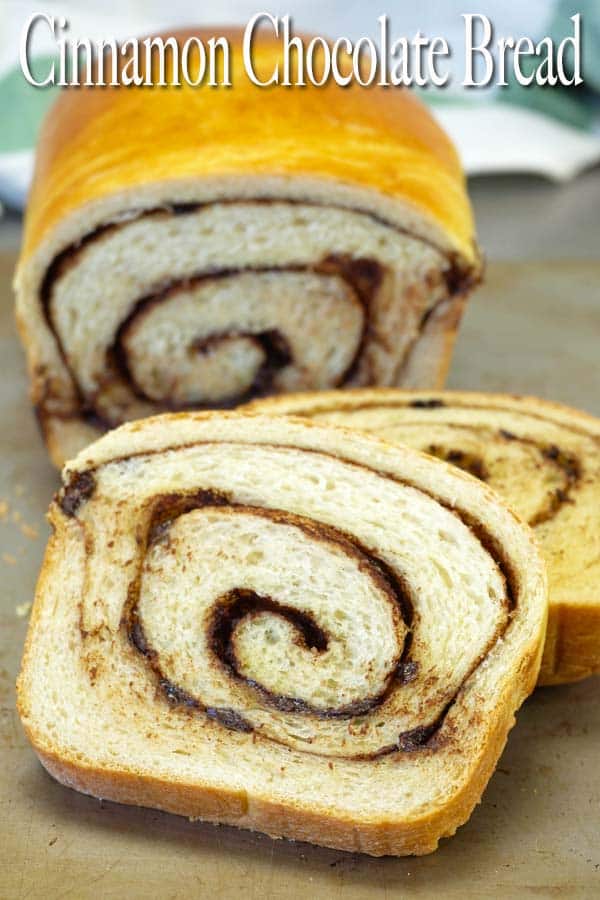 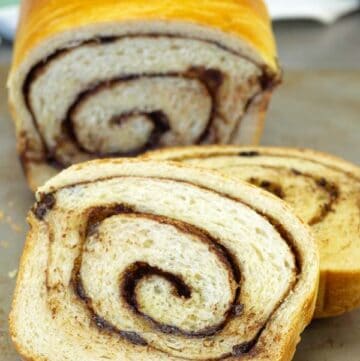 Soft and fluffy cinnamon chocolate chip rolled bread with buttery cinnamon sugar filling inside and if that's not enough, it also has chocolate chips. Instead of the typical bread, try this one. You'll love it.
Print Pin Rate
Servings: 1 loaf
Prep Time: 20 mins
Cook Time: 40 mins