An extremely simple version with less ingredients for making a pandan roll cake. The filling for this roll cake is my homemade srikaya pandan (coconut jam) together with cream cheese frosting. The coconut flakes are great to go with all those flavors.

Watch how to make pandan roll cake in the video below: 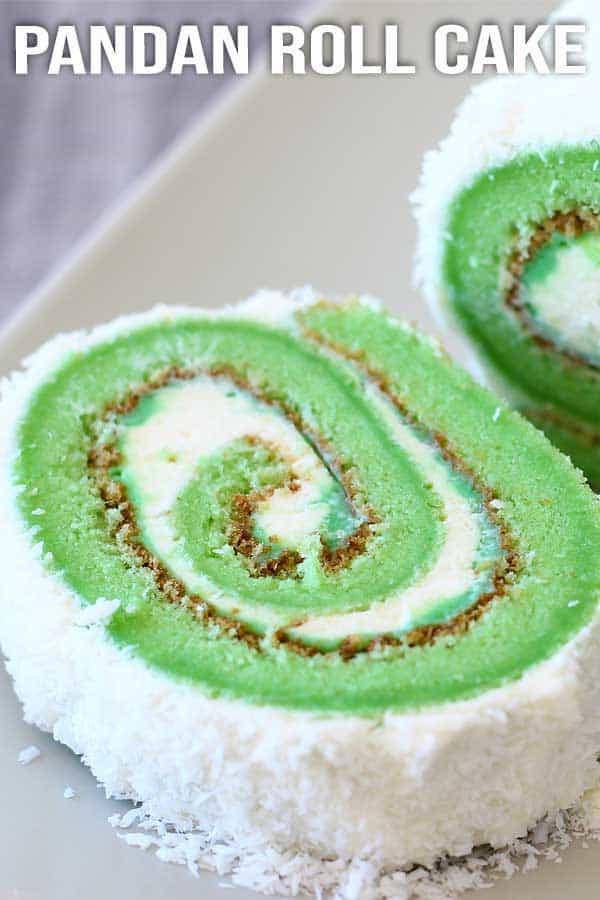 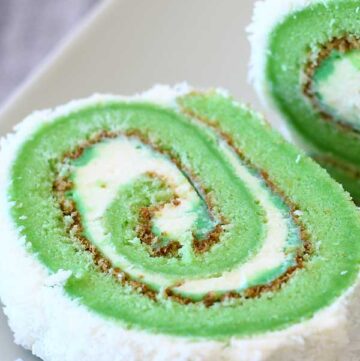