It is a circular bread ring, usually coated with sesame seeds and sunflower seeds. Its other name is Simit or in Arabic the word comes from samid which means white bread. In the United States it's known as Turkish bagels.
Simit is a famous street food in Istanbul. It's usually eaten plain or some would serve it with tomato, feta cheese and olives. It's eaten more as a savoury bread than sweet. 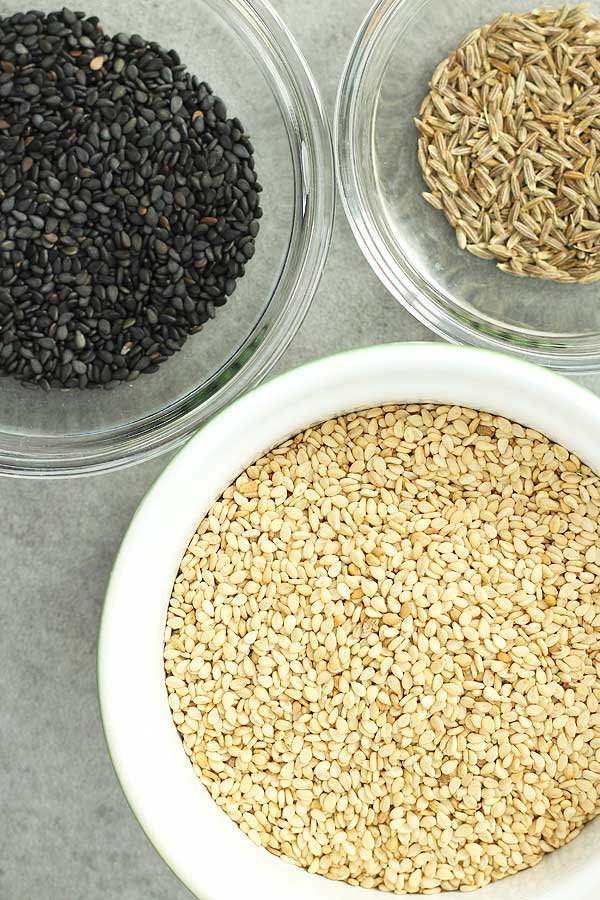 As I mentioned earlier in the United States it's known as Turkish bagels. Some would say that's not accurate. Why?
Bagels needed to be boiled with either some sugar or honey, before being baked in the oven. Boiling is not needed in Simit. Instead you dip it in molasses mixture, coat it with sesame seeds and then bake. That's the different between the two of them.
Nevertheless, it's just a reference of name. They both taste amazing.

I LOVE making bread! The smell of freshly baked bread is the best (well next to recently cooked jasmine rice). The taste of freshly baked bread is just unbelievable. Don't you think?
I haven't been to Turkey. I would love to visit it one day. I first found out about the existence of this amazing bread from Mark Wiens Youtube channel when he went to Turkey and started to chew down on Simit on the streets. The shape and beautiful looks of the bread was what attracted me to the bread in the first place.
Then I started to make my own Simit, and the taste.... is just delicious! It's chewy on the outside and soft in the inside. It has this slight sweet taste as you bite into it. This is because the use of molasses (which I'll talk about a bit later).
You would think it's difficult to make Simit looks like Simit, right? That twisted ring shape fully coated with sesame seeds look. Well it's not. 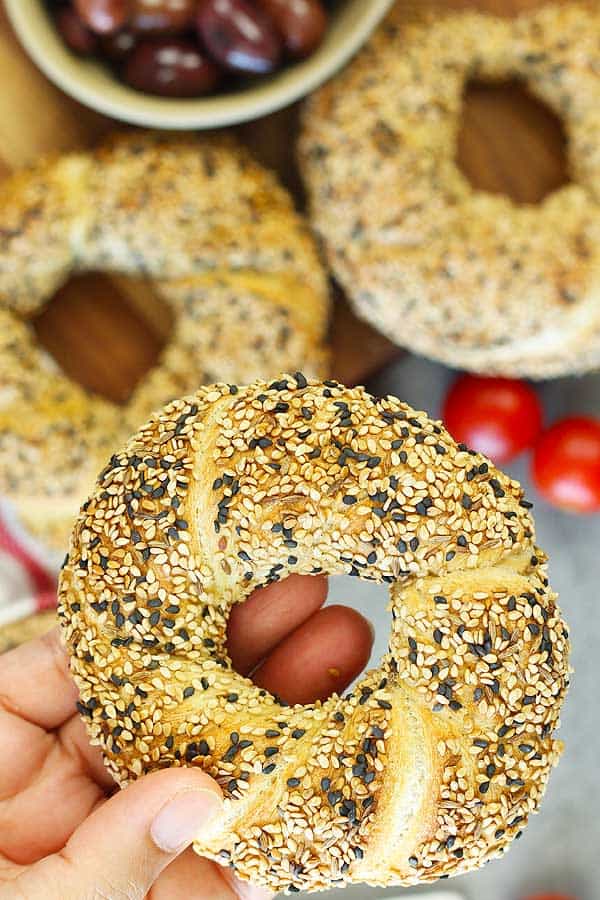 As you can see in the video below, you basically just need to make a long rope out of your dough, fold it in half and start twisting on both ends. Then make a ring shape and pinch the seams.
What makes all the sesame seeds stick to the bread is the molasses.

Originally, the twisted ring is dunk into pekmez mixture before baking. Pekmez is a molasses type thick syrup that's made from fruit and is a common thing in Turkey.
I don't have pekmez. So I go to the next best thing. Molasses. For me they both have similar texture and though the taste might not exactly be the same, they do serve the same purpose in this recipe.
Which is to act as a sweet layer on the outside surface of the dough, enabling the sesame seeds to stick and to bring that slight darker color to the bread skin when baked.
Doable, right? Do give this a try. 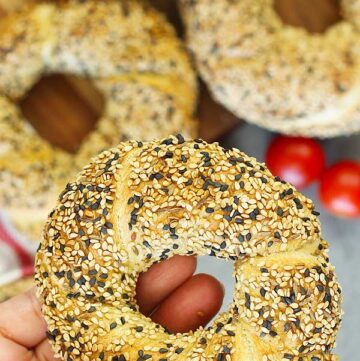