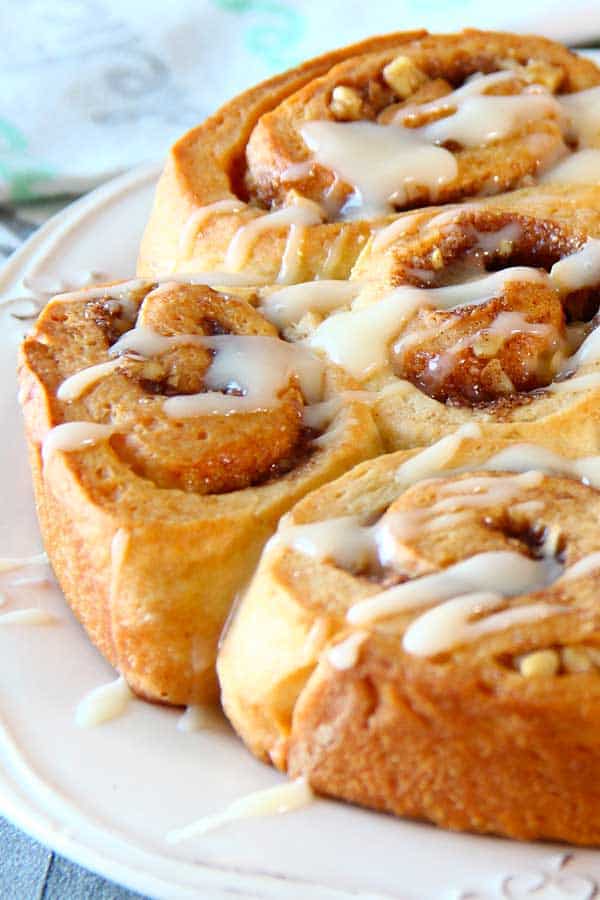 Who doesn’t love cinnamon rolls, right? I mean what’s not to love about them. Soft buttery bread rolls with sugary cinnamon and chunky walnuts..yum yum!!

The dough is actually a simple one. For this bread recipe I used egg yolk and quite a bit of butter to achieve that rich and soft texture. The rest of the ingredients are sugar, salt, dry yeast and milk. To make it easier I just used my standing mixer to incorporate and knead the dough. 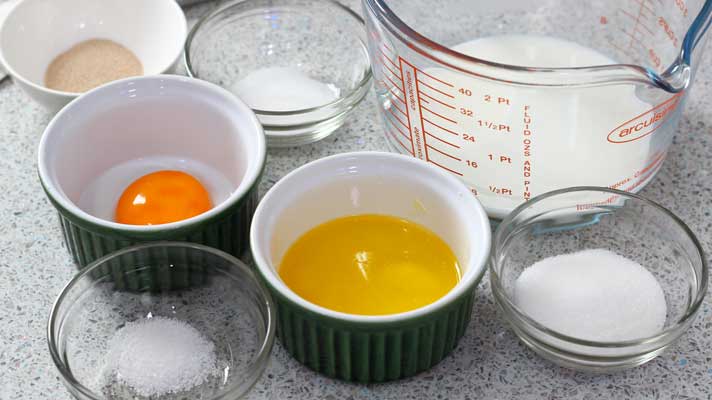 If you watched the video recipe you will see how straightforward it was to make the rolls. Simply roll the dough, spread some butter, sprinkle the filling and chopped walnuts. One thing though, do make sure you leave around 1 inch empty space at one edge of the rolled dough.

This is to make sure the filling doesn’t get out when you roll. The empty dough also make it easier for you to pinch the seam.

The 9 inch round pan that I used was perfect for this amount of rolls. I have made double of this recipe and I used a rectangular 13x9 inch pan. It fitted perfectly.

You can basically switch the walnuts for your favorite nuts. Or you can leave the nuts out totally. No rules, no harm done 🙂

For me personally, I love the texture of the walnuts when I bite into the roll.

And I used quite a bit of cinnamon powder because I love the taste! What is a cinnamon roll when you can barely taste the cinnamon, don’t you agree? 😉

And do go crazy with the glaze. Slab it generously on the rolls. Go big or go home, isn’t that what they say? 😀

Do give this walnut cinnamon rolls a try when you think of a soft buttery rolls with cinnamon sugary filling and creamy glaze.

Watch how to make cinnamon rolls with walnuts in the video below: 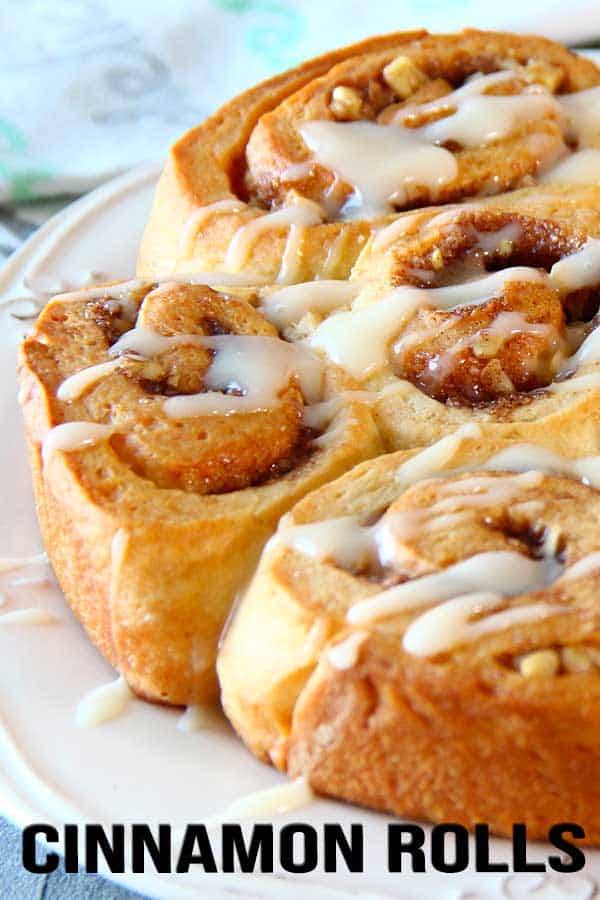 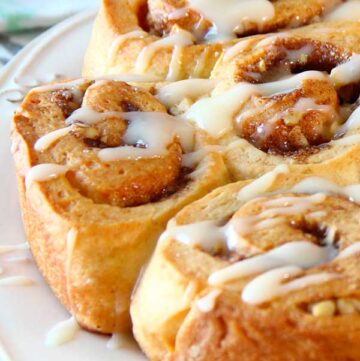