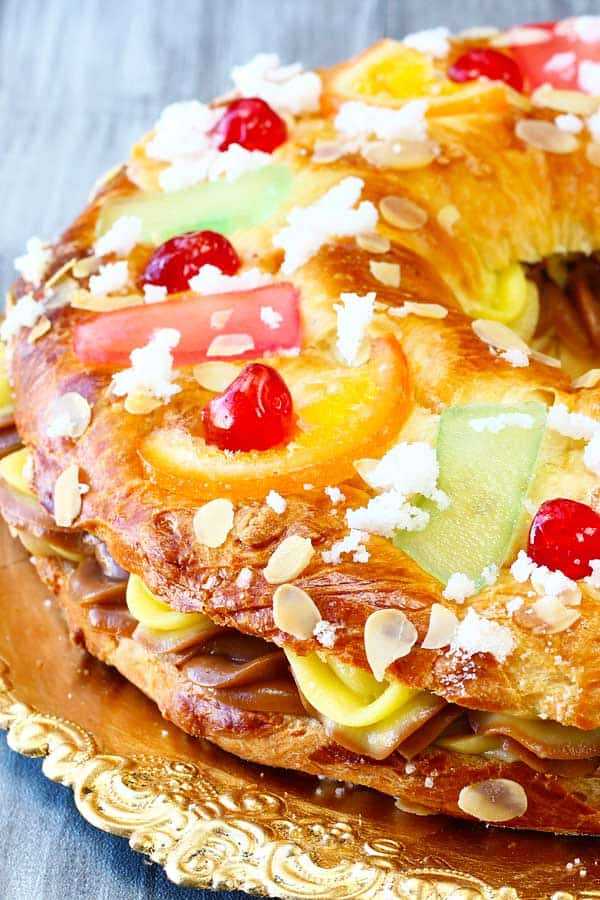 Orange blossom water is usually used in the recipe for this bread. I didn’t use it because nobody in my family likes the taste. So if you like it, by all means use it.

This sweet bread is decorated with candied fruits, almond flakes and snow sugar (that’s how I call it) to resemble the crown. Some put kings miniatures inside the bread, as a surprise for the kids but that could be inviting some unwanted incidents. I wouldn’t want them to choke on the miniatures. 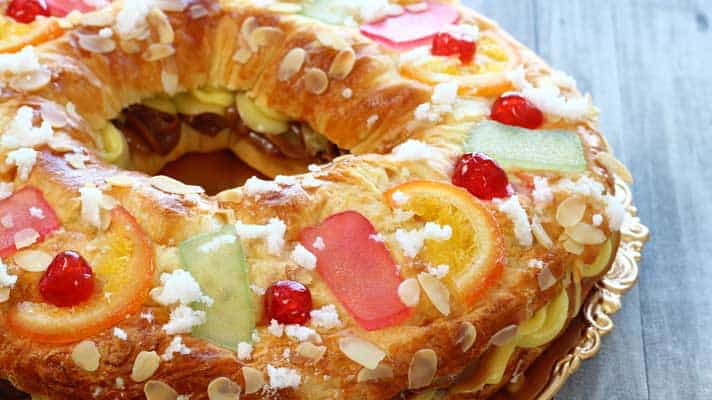 I have been making this Three Kings bread for some years and since it’s always cold in this time of the year, the bread dough does take a while to rise. Usually I will measure and prepare all my ingredients the night before so that I can start very early in the morning.

Well these are not really tips. They are just the things that I noticed all these times making the bread and I thought I’d share them with you.

The dough is going to be sticky at first but don’t worry. Don’t be tempted to add more flour. 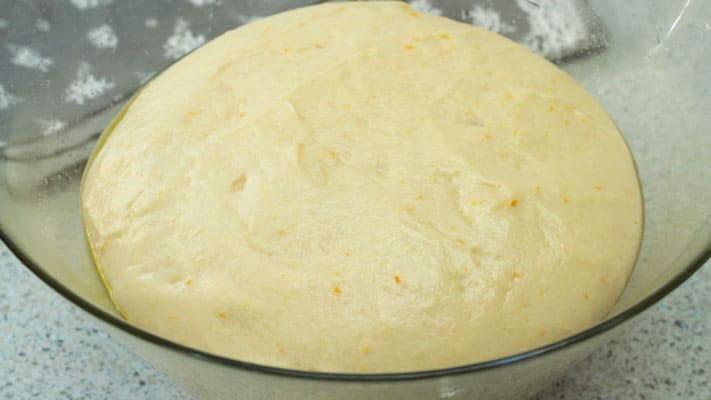 When it comes to adding the butter, make sure to use soften butter, cut into small cubes. This is going to make it easier for the butter to blend in with the dough. Also, have patience at this stage. Add in 1-2 cubes at a time and knead until the butter is fully incorporated before adding more.

Yes it’s going to take quite a while but it’s worth it. After the butter is all added you will see the dough getting sticky but have faith, it’s going to come together. Continue kneading another 10 minutes and you will see. Using a trusty standing mixer is very very helpful at this stage.

As I mentioned earlier, this is a sticky dough..not like a pizza dough. So even when it comes together it will still be sticky. You can see in the video the final texture of the dough.

Since the recipe uses quite amount of butter and eggs, the dough will take a while to rise. So start early if you can.

When it comes to shaping the dough into a ring, do the way you feel comfortable and confident with. Just make the inside hole bigger than you think it should. This is because the hole is going to get smaller when we leave the dough to rise again and during baking.

Talking about rising. Don’t over rise your dough. It tends to not rise beautifully in the oven and collapses after baking if it’s over risen.

Oven’s temperature. Since each oven is with different temperatures so know yours. If the oven temperature is low, the bread also tends to collapse after you take it out from the oven.

If you see the bread is getting brown too fast, place an aluminum foil on top of it and continue baking. This will prevent it getting darker while it continues cooking.

After you’ve taken the bread out from the oven, leave it to cool completely on a rack before slicing it. Since the bread is soft and huge, ask somebody to help you moving the bread top.

Well I think that’s all. Have fun making this Three Kings bread!

If you like this recipe, maybe you would also like to check my recipes for panettone, Nutella star bread or banana bread.

Watch how to make three kings bread in the video below: 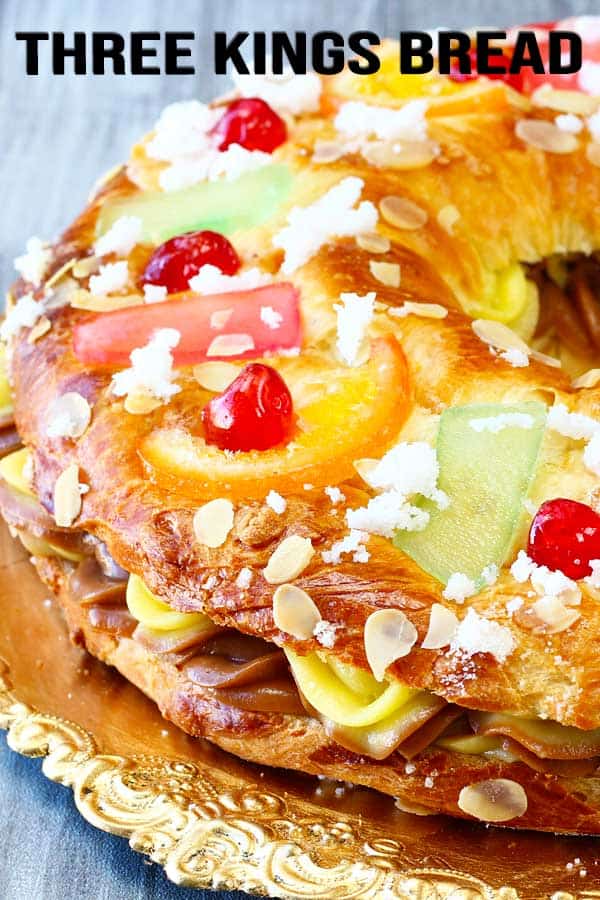 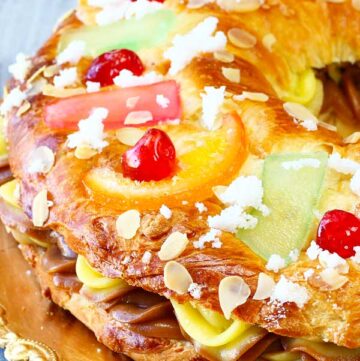